Skip to content
Divici The historical witness of the vine date back to the Roman times when this wine was well known and appreciated, up to the point that one of its biggest fan was Mrs Livia Drusillia, wife of the Emperor Augustus. A modern vine with an ancient history, bounded to the territory which plays a fundamental role in the definition of its identity: Italianness! Today Prosecco DOC has become a wine for every occasion, an excellent companion for aperitifs, meals, parties or intriguing after dinners... DIVICI: the choice of the bottle shape was meant to recall the history and specifically the ancient Roman columns, which served as supporting elements for the public buildings overlooking the main "Square" (the so called “Piazza”), hub of the social and cultural life of that time. The name DIVICI is made up of the characters of the Roman numerals, which confer greater importance to its classical harmony, it unique personality and its contemporary design, thought to be unforgettable.
Prosecco DOC, Organic Sparkling Wine Extra Dry 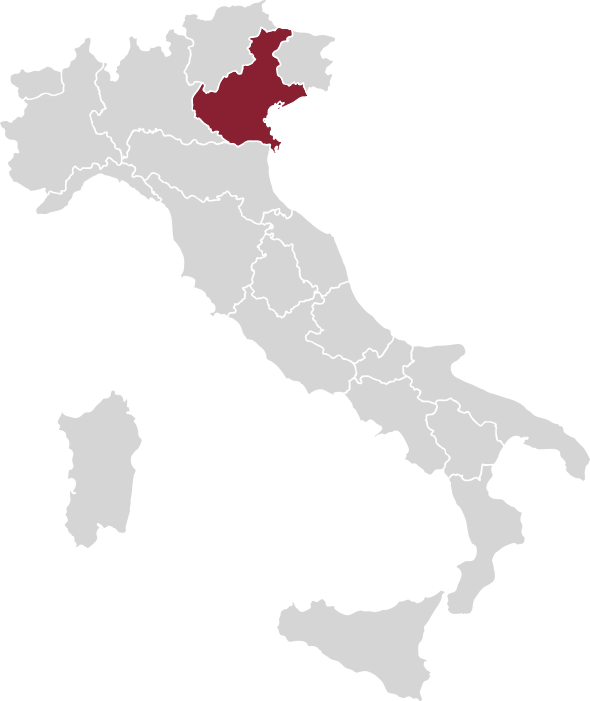 Grapes are accurately selected both for area of origin and quality. The soft pressed must is stored in steel tanks for the static cold decanting. The fermentation with selected yeasts, is made at a controlled constant temperature of 18°C and is completed in 8/10 days. The team of oenologists select the best wines obtained to continue the sparkling winemaking process.
Afterwards the wine is filtered in steel tanks with the addition of saccharose and selected yeasts for the second fermentation (Martinotti – Charmat method) at a controlled temperature of 14/15 °C. Once the wine has reached the required pressure levels, alcohol and sugar content, it is refrigerated, cold stabilized (–2/-3°C), filtered and controlled before bottling