Skip to content
Marchese di Borgosole In 800 with the surrender of King Francis II to Garibaldi and the fall of the Kingdom of the Two Sicilies, the province of Lecce was annexed to Piedmont. A group of noble teenagers escaped from the infuriating battles taking refuge in the Serre Leccesi. They were helped by the father of one of the boys. Hidden by the enchanting hills, immersed in an almost fairytale landscape, these young men founded the small BorgoSole, so called for the positive energy transmitted. Marchese di Borgosole is a tribute to the places of origin of the grapes and to those who favored the birth of a wonderful glimpse of Southern Italy, whose names remain unfortunately unkown but whose noble lineage is certain.
Salice Salentino DOC Riserva 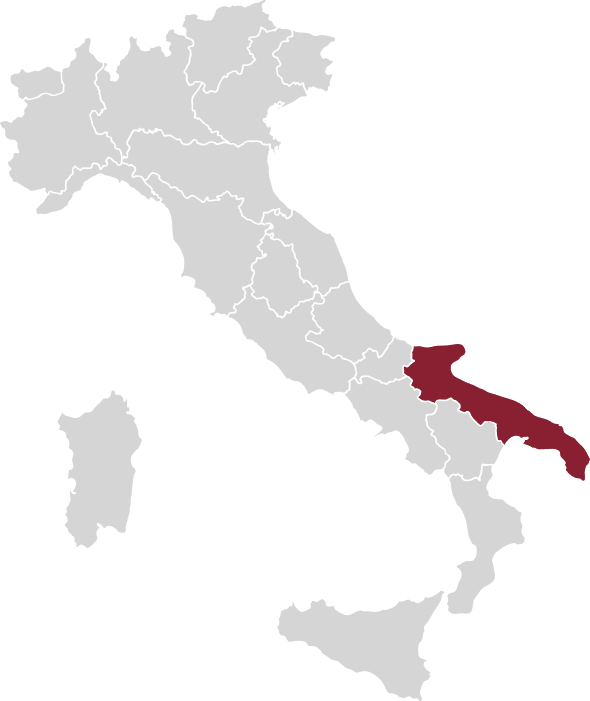 The harvested and destemmed grapes have been vinified with 7/8 days of maceration in order to extract colour and structure. The alcoholic and malolactic fermentation are made in stainless steel tanks at a controlled temperature 25/27 °C. The wine obtained is aged in barrels for 12 months and 12 months in steel tanks